About Me, Boats and Writing

It's not me in this photo: 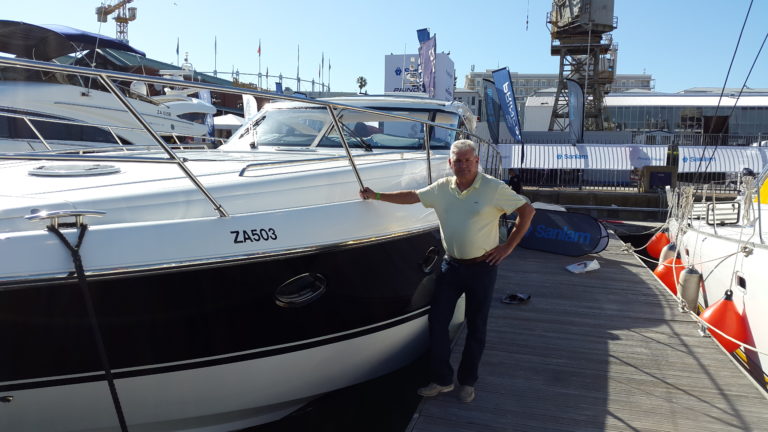 That's my dad, standing next to a 2008 Princess V58.
It's also not our boat.
But it IS the moment that my love affair with boating began.

This was the 2014 Cape Town International Boat Show.

In comparison to boat shows elsewhere in the world, it’s really tiny, and unless you’re South African, it’s not especially not worth getting too excited about.

On this particular day though, I was able to sneak a quick walk-through of that beautiful V58 in the photo (the local Princess agents are really fussy about who they allow on their boats, so it was a rare privilege to have been on board), and I was instantly in love.

As an adult, I’d never been on board or inside such a big and luxurious boat. The first thing I noticed was the air conditioning downstairs (it was a boiling hot Summer day outside). The cool air provided instant relief. I’ll never forget how that felt. I was able to have a quick walk around, took a few photos and then it was sadly time to leave the boat.

The bug had bitten though, and from there I began ravenously consuming boating content on Youtube and on the web.

A few months later my dad bought a small 22 foot cuddy cabin ski boat and that gave me my first real taste of what it meant to be a boatie. Since then, that boat has been sold and a bigger 25 foot cat now takes us on our boating adventures.